The Norwalk School Board has good news to share on the upcoming NPECC construction project! After two years of planning, preparing for a bond election and working with architects to design the new NPECC, the Board received competitive contractor bids to move forward with construction.

In February of 2020, the Norwalk voters approved a $24 M construction project to build the NPECC and Classroom Addition.  The project includes the following spaces:

On March 10th the Board received construction bids for the full project. Unfortunately, the bids came in $2,369,809 (12.72%) over the $24 M budget. The Board Capital Projects and Finance committees met several times to review the bids, prioritize construction features/spaces and consider additional funding options. After careful analysis and working with construction consultants, the subcommittees attributed the cost overrun to three reasons:

1. Scope of the audio/visual technology that was scheduled for the gym was considerably more expensive than our estimate;

2. The current volatility of the market, especially as related to steel, concrete and electrical systems has led to a sharp increase in supply costs; and

3. A very low turnout of contracts bidding on some of the bid packages (four bid packages only had one bidder)

The Capital Projects subcommittee quickly recognized if they elected to defer the project and rebid at a future date (likely January of 2022) the project would need to be significantly reduced scope and square footage. So the committee focused on the removal of features to avoid reduction of square footage.

To address the project deficit, the Finance Committee was able to reprioritize long-term capital projects Sales Tax funding in order to increase the NPECC budget by $1.5 M. Capital Projects Subcommittee revised the electrical bid package to reduce the amount of video display areas primarily in the gym and lobby areas, and select more standard lighting fixtures throughout all areas to reduce cost. After the scope reductions were finalized, the electrical bid package was re-bid on April 21st. This rebid resulted in a total project savings of $929,577.

On April 22nd the Board met to review the revised electrical bids and reviewed the remaining bids from the March 10th original bid day and approved moving forward with the NPECC and Classroom Addition project. The Board approved increasing the construction budget from $24 M (bond issue funding amount) to $25,318,615.  The additional $1,318,615 will be funded with $750,000 being held in reserve from the 2017-2020 construction projects with the remainder funded from future Sales Tax revenues that will be received over the next 18 months.  The Sales Tax revenues were earmarked for other projects, primarily renovations at the District Office that may need to be deferred for another year until the District has received additional Sales Tax revenues in 2023.

All in all, the Board is extremely pleased that the Capital Projects and Finance subcommittees were able to find resolutions that allowed the project to move forward.  Recognizing the current market volatility and increasing costs, there was very little thought to rejecting all bids and rebidding in 2022.  With the electrical re-bid several of the audio-visual features, primarily in the gym and the NPECC lobby were deleted to get the total project down to the current total cost.  These features were wonderful enhancements but are not germane to the primary functionality of the NPECC.  The board Capital Projects Subcommittee focused more on retaining all of the new space components of the project. Had the full project been re-bid, it is likely that some spaces would have been reduced or eliminated. Losing space was a difficult compromise that the Board was able to avoid.

The project has been delayed 3-4 weeks due to the rebid, pushing the project completion date from August of 2022 to September of 2022.

Special thanks goes out to board members Brian Rausch, David Albrecht and Justin Fletcher for their leadership and experience in the areas of construction and finance to guide the District through a difficult process to find a path forward for this much needed construction project.

The School Board is hosting a groundbreaking event on May 10th near the NPECC construction site at the old football field location. Please refer to the school website for more details.

Below is a rendering that illustrates new construction and areas to be renovated. 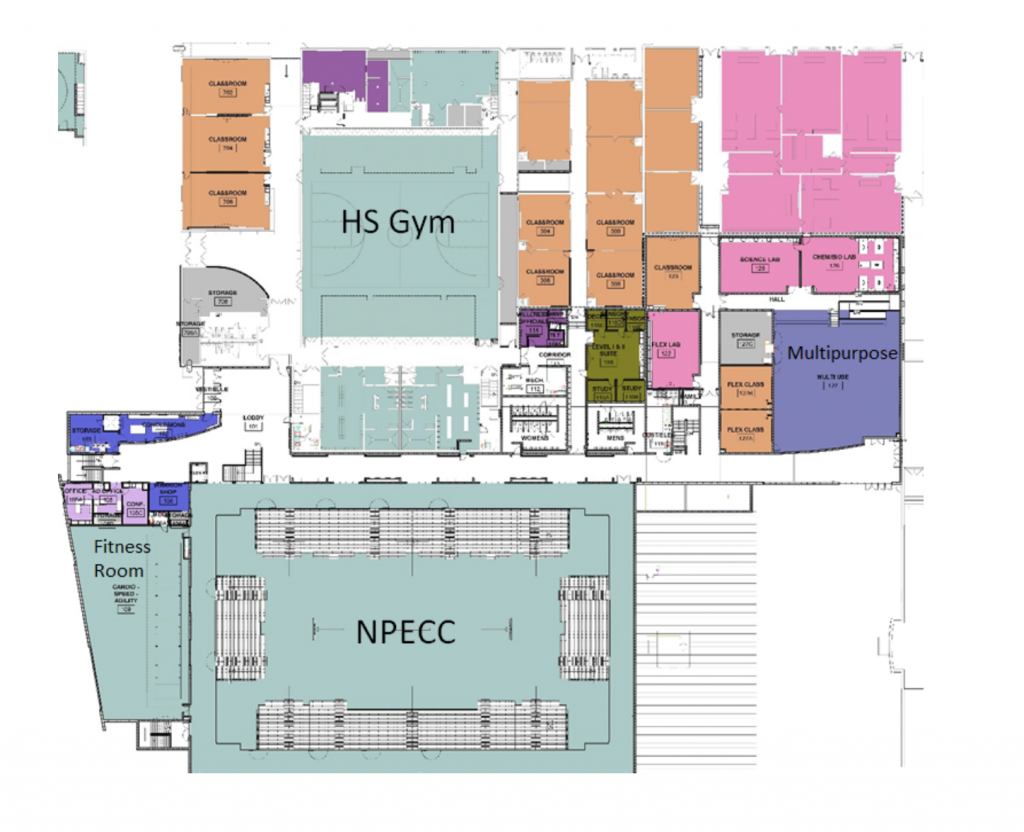 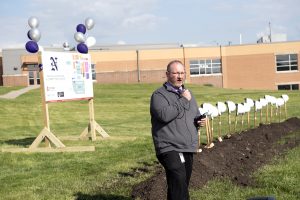 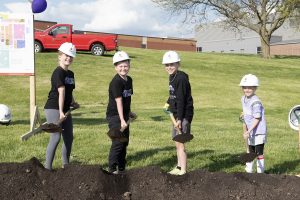 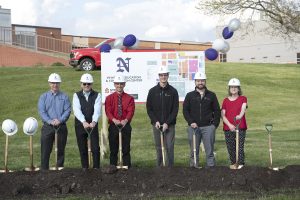 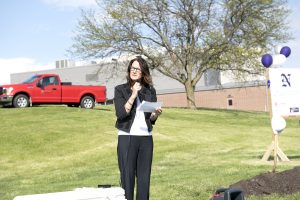 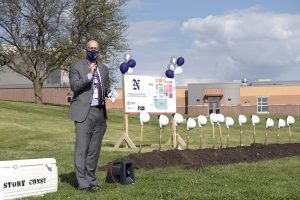 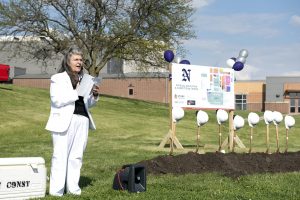 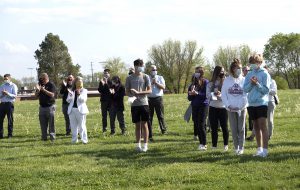